Image of the Year 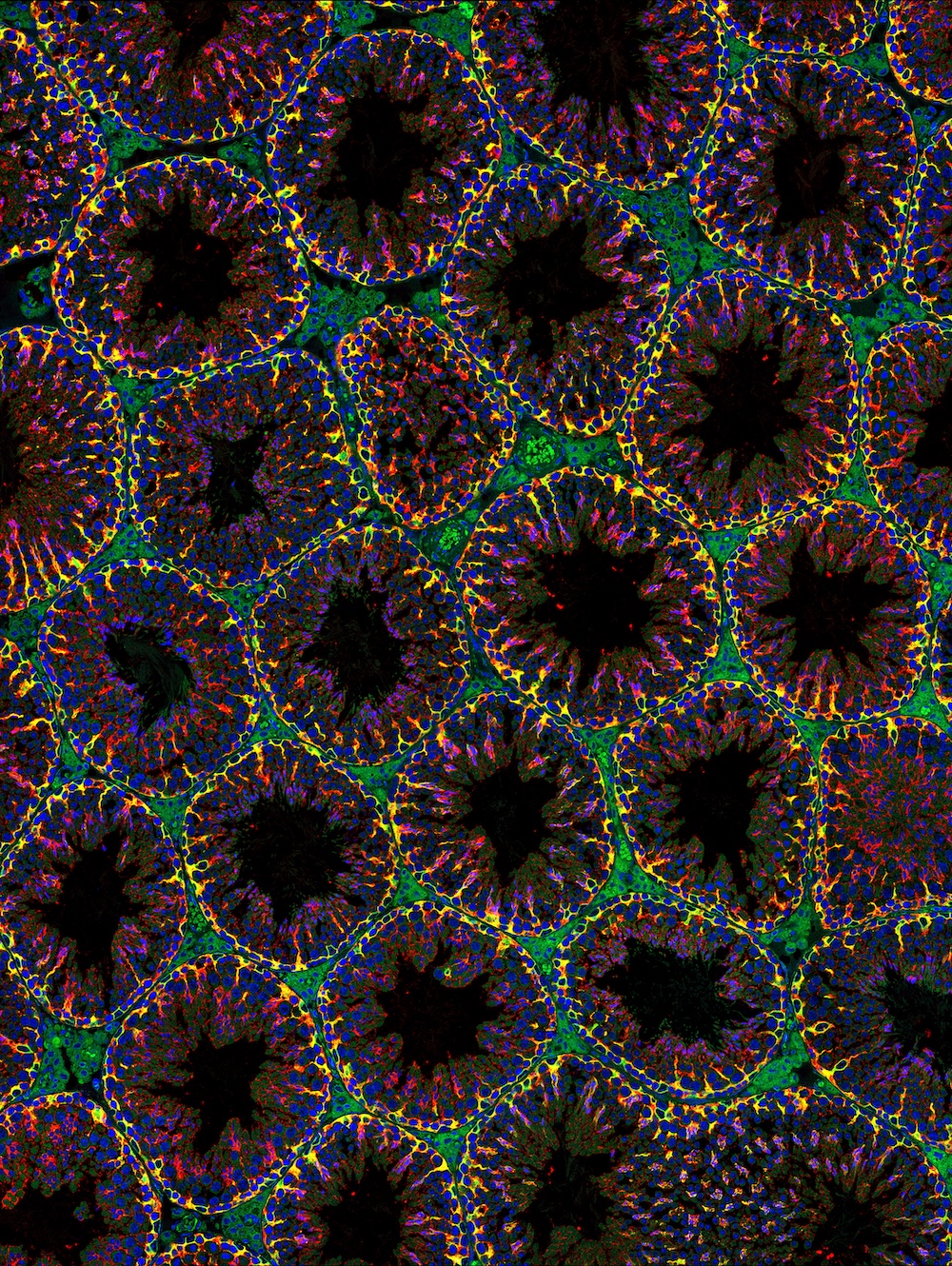 This award celebrates the beautiful outputs that can be generated when reagents are used successfully in really fascinating research. We began this award after we started collecting published images, and it quickly became one of our favourites!

The stunning Image of the Year for 2022 goes to Derek Sung et al. from the National Heart, Lung and Blood Institute, using reagents from Abcam and Cell Signaling technology.

The image is from their research paper entitled: Mutations in Non-muscle Myosin 2A Disrupt the Actomyosin Cytoskeleton in Sertoli Cells and Cause Male Infertility.

Sung et al. pursued research into mutations linked with infertility. Mutations in non-muscle myosin 2A (NM2A) can result in deafness, cataracts and glomerulosclerosis. In this work, mouse models of common mutations in this significant protein were created. One such mutant was found to cause infertility in male mice, and the researchers observed reduced testis size and abnormal Sertoli cells. NM2A and its paralog NM2B were ultimately concluded to be essential for testes development and fertility.

The Sertoli cell is an often overlooked cell type important for structural integrity in developing sperm. The striking image pictured shows the Sertoli cell, highlighting the architectural beauty in their columnar morphology and tubular nature of the testes.

Image of the Year

Environmental Initiative of the Year

Acquisition of the Year

Cell Line Supplier of the Year

Recombinant Antibody Supplier of the Year

Carbohydrate Supplier of the Year

Multiplex Immunoassay Supplier to Watch in 2022

Protein Supplier to Watch in 2022